Ashwagandha: A Super Food for Stress and Anxiety

Learn more about nature’s solution to stress and anxiety and how you can start adding ashwagandha to your diet today! Known botanically as Withania somnifera, this small shrub with yellow flowers is native to India as well as North Africa. It’s also a member of the nightshade family.

In Sanskrit, ashwagandha means “smell of the horse” due to its unique smell. (It doesn’t smell like a horse per se, but it definitely has a pungent barn-like, earthy fragrance.)

Ashwagandha’s other aliases include Indian ginseng and winter cherry, just to name a couple.

As far as taste goes, this herb is bitter.

Need proof that ashwagandha is worthy of its superfood title? Here are 7 science-backed ashwagandha benefits. 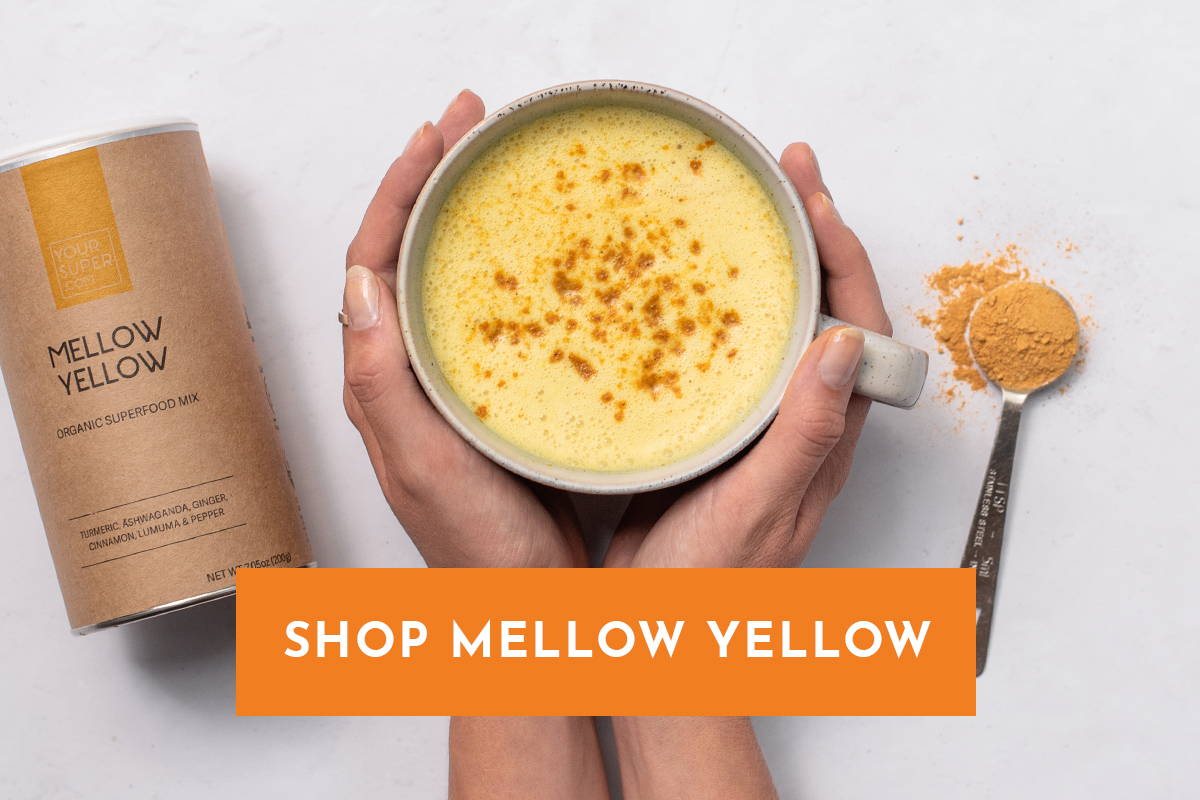 In the United States, 70% of adults report feeling stress or anxiety on a daily basis.

While there’s no way to eliminate all stress, ashwagandha may help!

Ashwagandha is classified as an adaptogen, which means it can help your body manage stress.

During a 60-day study, 64 participants with a history of chronic stress took two 300 mg capsules of high-concentration full-spectrum ashwagandha root extract or a placebo. Those who took the ashwagandha reduced their stress and insomnia by 69%.

Ashwagandha may also reduce cortisol aka the stress hormone, which is made in the adrenal glands. When cortisol levels are chronically elevated (or elevated for long periods of time), it can lead to storing fat in the abdomen. 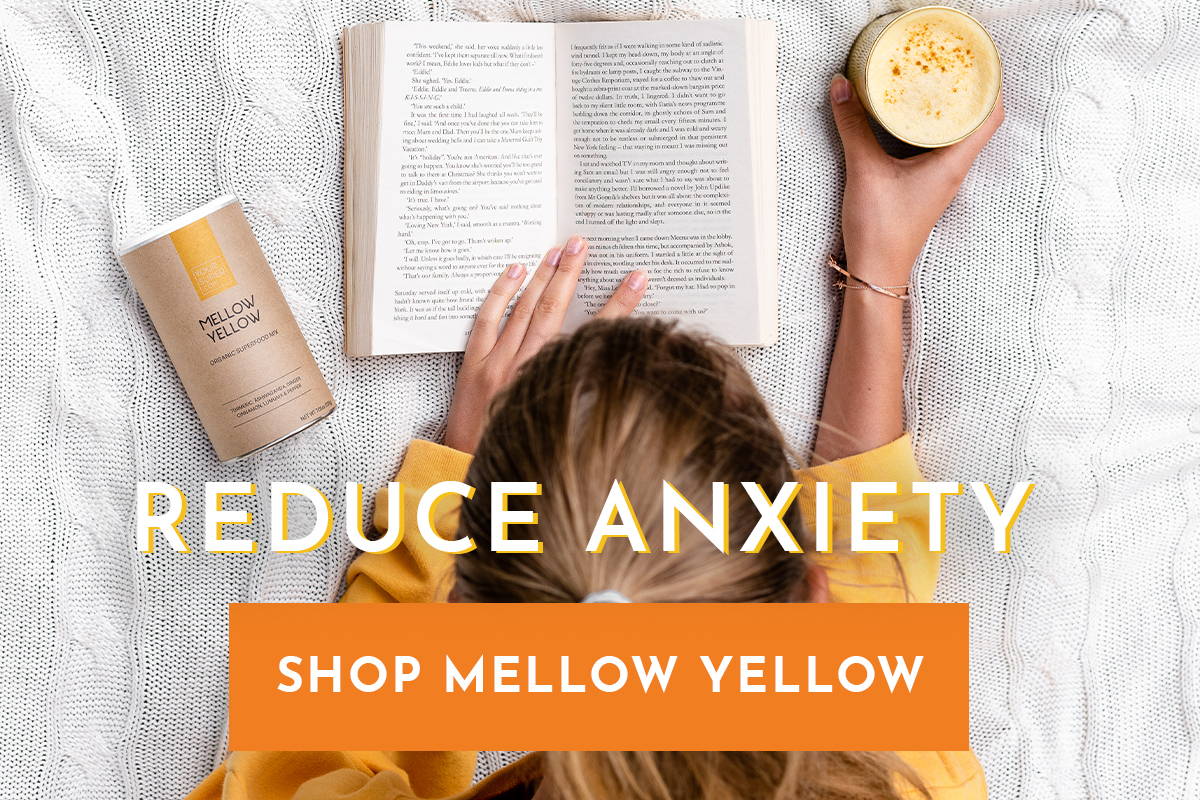 And according to a 2013 Medical Expenditure Panel Survey, more than 1 in 6 Americans take a psychiatric drug. (Xanax being the most popular in the anti-anxiety category.)

But what if there was a natural way to reduce anxiety that didn’t require a prescription?

There is — and it’s ashwagandha!

What’s more, unlike anti-anxiety medications which have undesirable side effects, ashwagandha has minimal or no adverse reactions.

If you have been diagnosed with Hashimoto’s or you have an underactive thyroid, ashwagandha may be a natural remedy.*

Ashwagandha has been prescribed in Ayurveda for thyroid dysfunctions and researchers decided to put this to the test by giving participants 600mg of ashwagandha root extract over an 8-week period.

The results, which were published in the “Journal of Alternative and Complementary Medicine,” showed ashwagandha significantly improved serum thyroid stimulating hormone (TSH) and thyroxine (T4) levels. Researchers concluded this adaptogen may be beneficial for those with hypothyroidism.

Because research shows ashwagandha increases thyroid function, it may not be suitable for those with a hyperactive thyroid.

*Consult your doctor before starting any new health routine.

Ashwagandha Benefit #4 - It Can Improve Sleep

Ashwagandha has been recommended for sound sleep for centuries.

In Latin, the somnifera in Withania somnifera translates to “sleep-inducing” — and for good reason.

The leaves of the ashwagandha plant contain the active compound triethylene glycol, which promotes sleep induction.

Because ashwagandha is a natural stress remedy, it makes sense that this superfood would improve adrenal function.

There’s two reasons why ashwagandha means “smell of the horse” in Sanskrit: 1) it’s unique smell and 2) it makes you strong like a horse!

Research shows that ashwagandha can increase muscle mass and size — especially in men.

Another benefit? The same study showed that it can reduce body fat as well!

Ashwagandha Benefit #7 - It May Improve Sexual Function and Fertility

Maca isn’t the only superfood that can spice up your sex life! 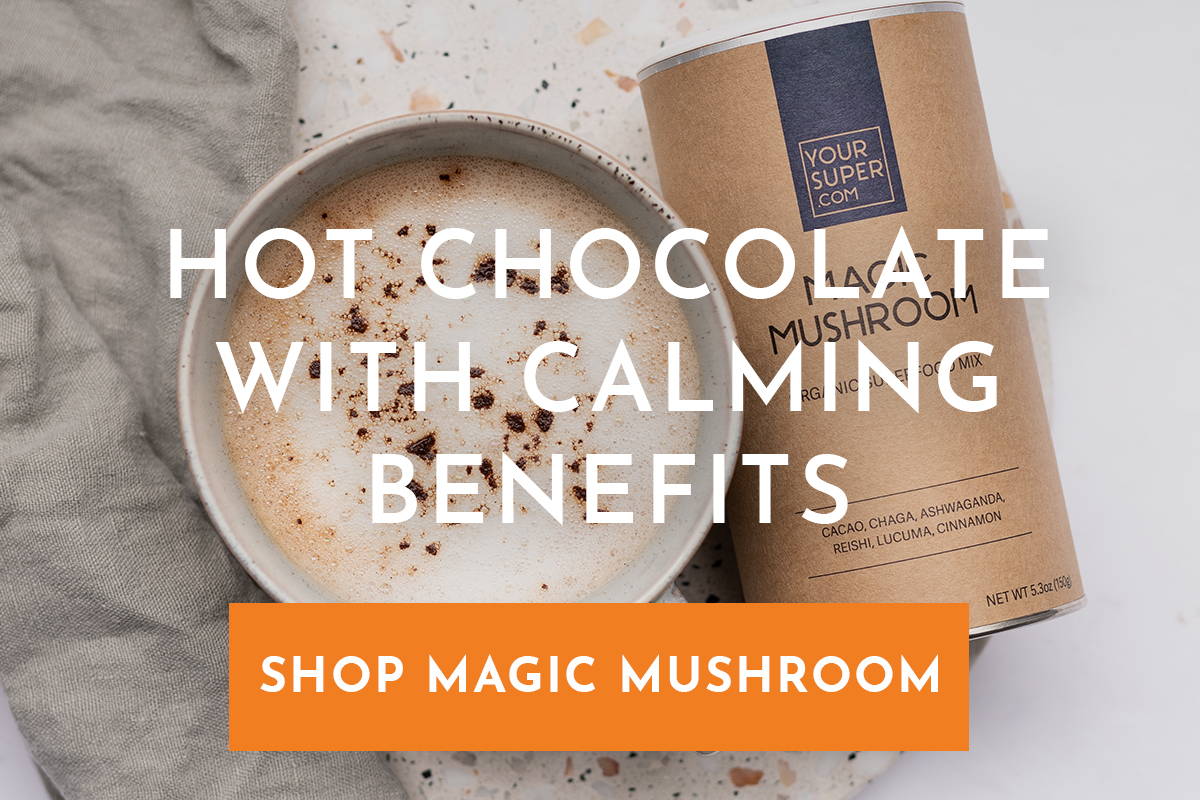 Due to ashwagandha’s bitter taste and pungent smell, you’ll often find it in tablet or capsule form.

It’s also available in powdered form, which is what we use in our new, limited-edition Mellow Yellow mix. (We specifically use organic ashwagandha sourced from India.)

And because it’s mixed with 5 other superfoods, including turmeric, the taste and smell are masked making it a much more pleasurable experience!

We love adding this mix to plant-based milk, oatmeal, smoothies and even water (yes, it’s that good!).

Note: Mellow Yellow is safe for most people. However, if you are taking medication or you’re currently pregnant, consult your doctor before taking this mix.